The digital generation is more dedicated towards social networking sites where they spend around nine hours a day. They share photos, exchange messages, make video calls and enjoy their digital lives in numerous fun ways.

Though the social media provides the costless and quick way to connect to the rest of the world, it also holds several vulnerabilities.

The unsupervised use of the instant messengers and social media may expose our teens and tweens to the risk of cyber-bullying, online child predation, pornography, sexting, scamming, hacking, and other online crimes. These social media dangers can have a severe negative influence on the physical, mental and psychological health of emotionally sensitive children. This article discusses the social media dangers for teenagers and the ways to prevent these endangerments.

What are Social Media Dangers for Teenagers: 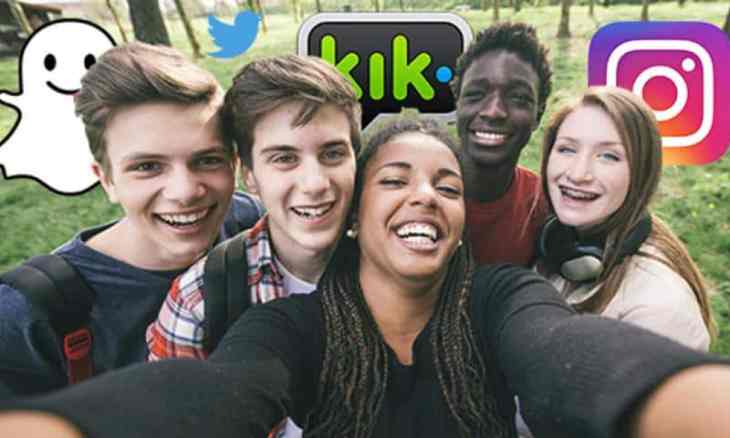 Cyberbullying is the most common online threat victimizing the teens worldwide. More than 13 percent of teens reported experiencing bullying on social networking platforms through direct fierce or threatening messages. The people who are more likely to become the target of the cyberbully are the dumb and the popular ones. The online bullying in several cases can cause more horrible consequences than that of face-to-face harassment because of the anonymity of the oppressor.

Sexting has developed as a new trend among teenagers owing to the widespread adoption of social media apps like Snapchat, Telegram, and Kik. The user anonymity and the self-destructive messages are the main features of the media apps responsible for the increase in sexting. Teen girls and boys exchange inappropriate words and photos through the self-deleted messages apps because they think them safe platforms for such communication.

The social media is encouraging violent and suicidal behaviour among teens. Several communities have been inspiring teens and adults to engage in self-harm activities in the name of daring games. The worst example of these games is the Blue Whale Challenge game that has taken the lives of several teens. It induces the players to carve their bodies with the razor and take their life jumping from a tall building. Unfortunately, no measure has been made by the social media app developers to discourage such activities.

If you think that you can expect privacy on social media, you need to think again. There is no concept of privacy on the social networking sites. Whatever you post on the internet remains there endlessly. The self-destructive messages are the example of the privacy illusion of social media. The apps like Snapchat and Telegram claim to provide the messages that get deleted automatically after being seen by the receiver. This claim prompts many to share their personal information or inappropriate photos through these messages. However, the messages can be retained with the help of screenshots. A screenshot can save any of your activity on the social media.

Social media is the biggest facilitator of online predation. The predators find their victims and gather information about the target from the social media profiles. They first lure and groom the victim and then manipulate sexually or monetarily.

The one thing that you need to keep in mind is that the things you post online remain somewhere on the internet forever. So, avoid posting or sharing anything that you may feel regret about later in your life. Also, use the privacy settings of social media apps and choose most comfortable settings. Set your profiles as private and not allow the scoundrels to find you or gather data about you from your media profiles. Do not include the strangers on your friend’s list and if you feel comfortable doing so, at least make sure not to share your photos or personal information with those you do not trust.

How Parents Can Protect Teens from Social Media Dangers:

Parents are responsible for monitoring the digital lives of their children as well as the real lives. The parental control and Android Monitoring Apps can provide excellent support to parents in executing their parenting chores. You can monitor their social media activities tracking their phones and computers and safeguard them from the social media dangers providing the support when needed.